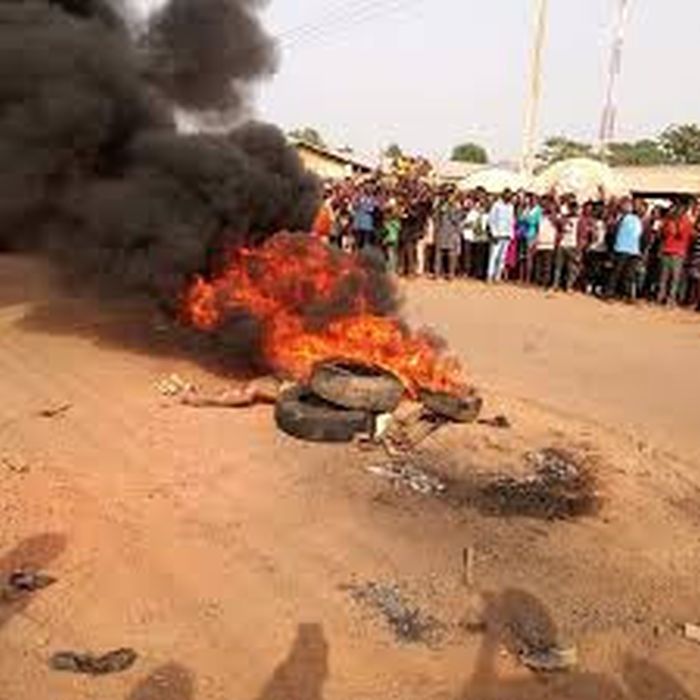 A mentally-deranged man identified as Badejo Adewale has been arrested by the Lagos State Police Command, for setting a resident of Surulere ablaze after pouring petrol on him.

The burn victim, Bolatito Kadara who was set ablaze at Hogan Bassey Street in Surulere was reportedly rushed to Lagos Island General Hospital where he is recuperating.

Badejo was arrested after the sister of the victim, Miss Adeola Kadara reported the incident at Surulere Police Station.

Lagos State Police Spokesperson, Bala Elkana who confirmed the incident, said all efforts to interview the suspect was abortive as he did not utter a word.

“The victim has been taken to the Lagos Island General Hospital and he is recuperating.

“He made a statement to the police and narrated how Adewale, the mentally-deranged man, poured petrol on him and ignited it.

“The police extended their investigations to the Psychiatric Hospital, Yaba, where the suspect is admitted.”

Bala also disclosed that investigation into the incident is still ongoing.